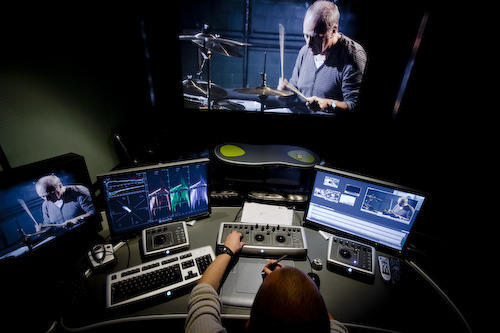 Become a pro in 3D Animation

DI/Grading: Color grading is the process of improving the appearance of an image for presentation in different environments on different devices. Various attributes of an image such as contrast, color, saturation, detail, black level, and white point may be enhanced whether for motion pictures, videos, or still images.

Color grading and color correction are often used synonymously as terms for this process and can include the generation of artistic color effects through creative blending and compositing of different images. Color grading is generally now performed in a digital process either in a controlled environment such as a color suite, or in any location where a computer can be used in dim lighting.

What are you waiting for?