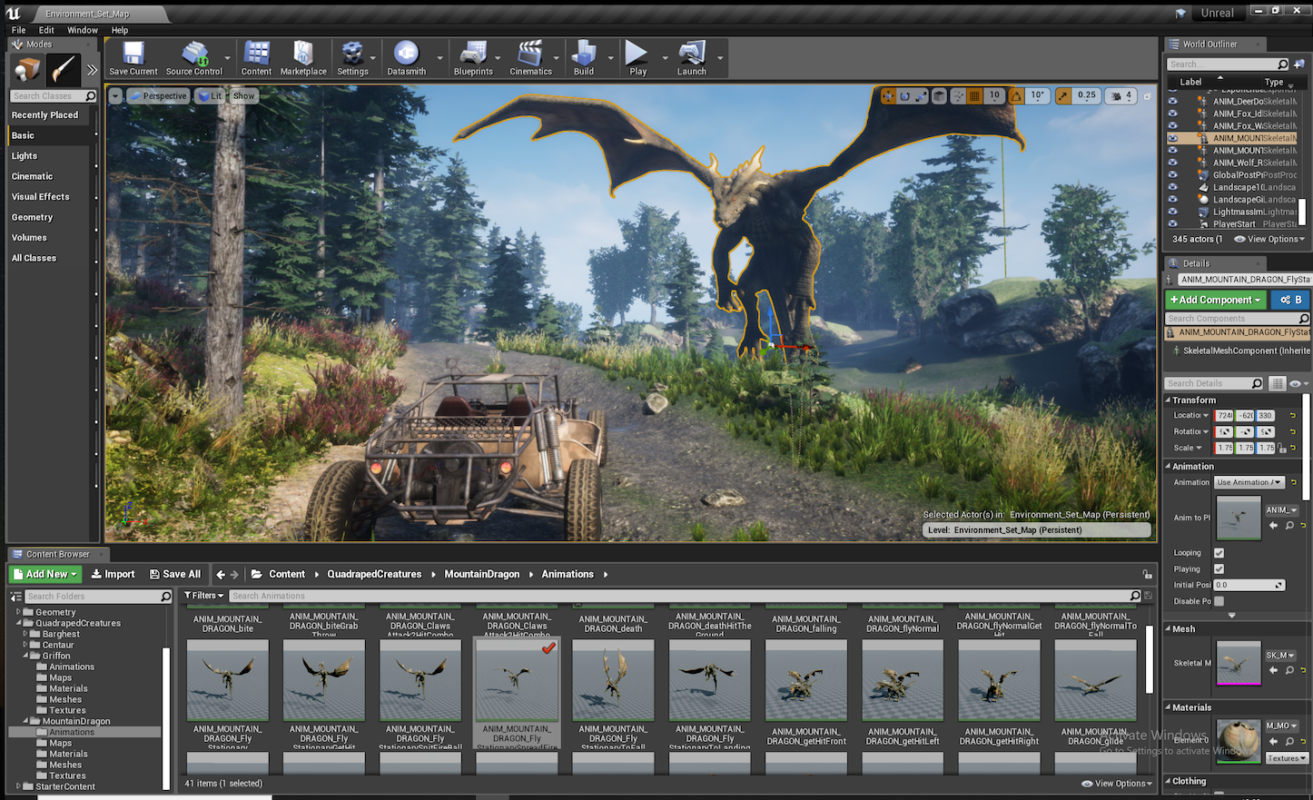 Become a pro in Unreal

Unreal: The Unreal Engine has found use in film making to create virtual sets that can track with a camera’s motion around actors and objects and be rendered in real time to large LED screens and atmospheric lighting systems. This allows for real-time composition of shots, immediate editing of the virtual sets as needed, and the ability to shoot multiple scenes within a short period by just changing the virtual world behind the actors. The overall appearance was recognized to appear more natural than typical chromakey effects.

What are you waiting for?